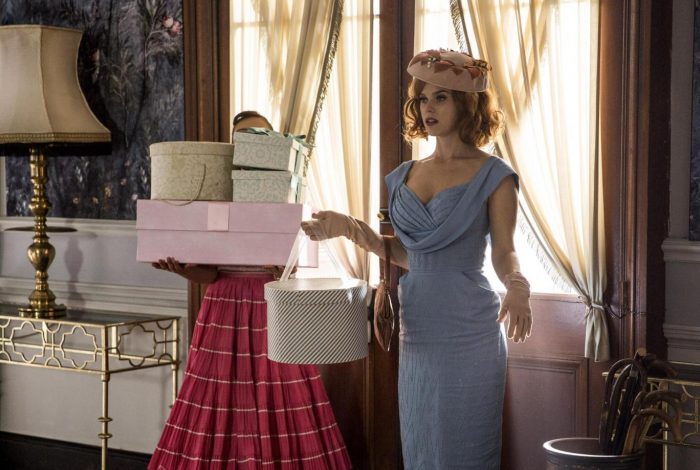 Wealthy philanthropist Rachel Argyll is murdered at her family estate Sunny Point. Her adopted son Jack Argyll, a young delinquent, is arrested for her murder.

It literally took me all day to read the three scripts… so from the off I was hooked.
Alice Eve

How would you describe Gwenda?

The first word that springs to mind to describe Gwenda is ‘desperate’, I don’t think Gwenda is desperate herself but she is in desperate circumstances. It might be ruthless to think that she wouldn’t find love. I don’t know how tough the times were in the 50s but from what I’ve seen, read and heard it was a different time for women so maybe this was her only chance and if it is her only chance then it’s not an ideal situation.

What really drew you to taking on this role?

I respected Sarah from the outset because it literally took me all day to read the three scripts, as there was so much detail in the stage directions. So from the off I was hooked. In the last scene there was a comedic element to Gwenda’s tragedy that was exactly to my taste. What line am I walking ‘am I a joke or am I tragic?’.

Rachel is the boss originally, a tough taskmaster and from a very privileged position and doesn’t identify with Gwenda, who is from a lower class than Rachel. Rachel looks down on Gwenda, is quite disdainful of her and maybe thinks she’s common but Gwenda doesn’t give a toss and says, “I’m going to have your husband and she does.” She gets her man but only through a series of quite severe events.

Does she genuinely have feelings for Leo?

She absolutely loves Leo. I think it is a genuine love affair between them because there are so many hurdles along the way. Gwenda is a complete human I couldn’t see a way in which this could work if she didn’t love the man. Certainly having all the stepchildren she is set to have (and none of them like her), she couldn’t enter into that relationship based on anything other than love.

What is her relationship like with Leo’s adopted children?

She definitely likes Tina and they’ve not had any difficult interactions; nor has she had any challenging interactions with Mickey so there’s no history there to worry about but Mary hates her. In that respect she has to deal with Mary but I don’t think it really matters to Gwenda – it’s just irksome. Hester is young and there’s indifference there as well, but there’s a jealousy from everyone because Leo’s such a magnanimous creature who has so much power and is the keeper of the love in the family. In that respect there’s a difficulty for anyone joining a family where there is an established way of doing things and children involved so it is particularly difficult for Gwenda.

What is Gwenda’s reaction to Arthur Calgary’s arrival?

When he first arrives she thinks he is there to help with the wedding, which is quite a funny scene. Then for Gwenda it becomes so much less about Arthur and what he is there to tell them than it is about her impending wedding which his presence can potentially ruin. It becomes very alarming and dangerous for her. He is an obstacle to be removed. He is also odd which jars with Gwenda who is very straight down the line in her life. She is a practical woman who sees Calgary as a very complicated character and she wants Leo to listen to her opinions of him.

What is it like to work with Bill Nighy and what does he bring to the character of Leo?

Bill brings everything to the role, he is a real charmer and as an elegant man himself he brought elegance to Leo.

Describe the era as reflected in the costumes you wear and how it helps you build the character?

Trisha (Biggar) has put such care and attention into the detail of the costumes. That period is such fun for me to play because I’m curvy. So she really fitted everything to my frame, which was incredibly helpful because I really wanted to have a relationship with the costumes and wear them as much as they wear you. I had a bikini scene that was such fun and very colourful and certainly the bikinis in the 50s were far more flattering for a figure like mine than they are now; much less revealing. The costumes were a real highlight and delight for me. With regards to my makeup and hair look it was fun to be a red head, quite freeing. I’ve been dark and blond but never red which has an otherness that I really enjoyed and helped me become Gwenda. She’s a fiery creature so it all helps.

Was everything on the page already in Sarah’s script or did you have to do any additional research for the part?

I always start with the script in the first instance but the most important relationship I have is the one with the director (Sandra Goldbacher). I definitely got into very detailed conversations with Sandra about where Gwenda had been and how she ended up in a room like this with very little income and all of the back story that brings her to the place that she finds herself in now. That’s all part of putting the story together.

With a script by Marcus Guillory, the film is set in a slightly dystopian vision of LA. It follows three disaffected teenagers, all victims of extreme childhoods, who are running a hedonistic riot as they try to work out a way in life.

“We could not be more excited to work with our amazing cast and give Nabil the opportunity to shoot his first feature,” said Feinstein. “With such a successful body of work as a commercial and video director, he is ready to take the next step forward and make this incredible film that will be on the cutting edge of youth culture.”
The script has gone through the Sundance Institute Feature Film Program on both the writer and director tracks. Adds Feinstein: “The support of Sundance labs has helped shape this into a special piece of material that will take on the many unspoken issues that are dealt with by inner city youth while pushing social boundaries in the wake of the current Time’s Up movement.”

Elderkin is a photographer and music video director. Among the many artists he’s worked with are Kanye West, Frank Ocean, Seal, Nicki Minaj and John Legend. He also made the documentary Bouncing Cats about teaching breakdancing to Ugandan youth.

Plummer was most recently seen in All the Money in the World opposite the Oscar-nominated Christopher Plummer. His next movie, Lean on Pete, will be released by A24 on April 8 (after playing at SXSW). His upcoming projects include Pippa Bianco’s upcoming untitled A24 film (which is in post) and Spontaneous, which will be released by Awesomeness and also stars Katherine Langford. He’s repped by CAA, Primary Wave Entertainment, Zoom Talent Management, Peikoff/Mahan.

Harrison was seen in several films at Sundance: Monster, Assassination Nation and Monsters and Men. His recent credits including Dee Rees’ Mudbound and horror film It Comes At Night. He has several films in post, including JT Leroy with Kristen Stewart and Diane Kruger. He’s repped by WME and Del, Shaw.

The Tribeca Film Festival on Wednesday revealed the feature film lineup for its 17th edition, which is set to take place in April in New York.

SPOTLIGHT NARRATIVE
Supported by HSBC
The Spotlight Narrative section is a launching pad for exciting new independent premieres with a focus on marquee filmmakers and performers.
Untogether, directed and written by Emma Forrest. Produced by Scott LaStaiti, Luke Daniels, Brandon Hogan. (USA) — World Premiere. Former writing prodigy Andrea tries not to fall for her one-night stand, while her sister Tara throws herself into a newfound religious zeal (and the arms of her charismatic rabbi) to avoid the truth about her current relationship in this multi-character romantic drama. With Jamie Dornan, Jemima Kirke, Lola Kirke, Ben Mendelsohn, Billy Crystal, Alice Eve, Jennifer Grey, Scott Caan.

The premiere of Replicas was postponed to 24 August 2018.
The information made available by Exhibitor Relations and IMDb has also changed the release date on its site.
Starring: Alice Eve, Thomas Middleditch & Keanu Reeves. 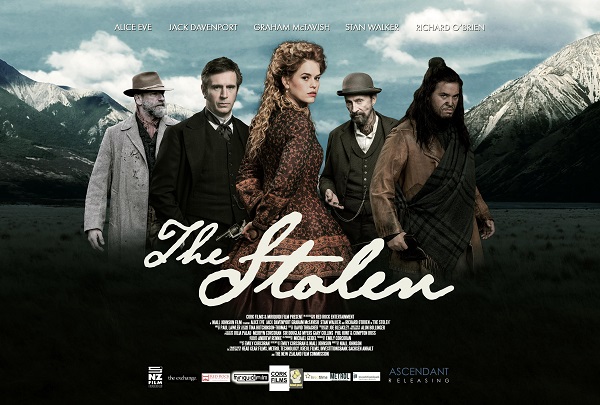